Some of you might watch the TV series "Arrow". Every time the Arrow catches a criminal who is supposedly harming his city, he will point it out to them in a theatrical fashion and yell:

<name of the criminal> — You have failed this city!

I wish we would have someone like him for all the people and organizations which fail the metric system or standardization in general. A standardization vigilante who is crusading against those who refuse to join the golden path of standardization. Maybe something like "Captain ISO"? 😂

Joking aside, it's striking how often standards are ignored or non-standard units are used, even in countries which claim to be metric.

Lately I've become a huge fan of the blog themetricmaven.com, in which an US Engineer explores issues arising from sticking to the "imperial mess of units". It also made me think of how Germans use units and how the quest for metrication and standardization has fared here. I already knew that the US is a huge mess, but it just dawned on me lately that Germany is only better of by a millimeter.

So let's get started and have a look at all those nasty problem areas.

While we're far better of with our 24 hours notation then the US with its PM and AM, in colloquial German we don't always stick to it. For example, if you want to meet up with someone you could ask or text them: "Sollen wir uns um 9 Uhr treffen?" (Shall we meet at 9 o'clock?)

One might argue that the same problem holds true for US English to a certain degree as well. The advantage of the US system, however, is that "nine P-M" is even shorter to say than "nine o-clock". This leaves little reason to prefer the ambiguous "nine o-clock" over the shorter and more precise "nine P-M".

In German, however, it's kind of awkward to say "um ein-und-zwan-zig Uhr" (at twenty-one o'clock) and so people often just say "um neun" (at nine).

As you have to infer the correct time from the context — which is not always possible — this is less than optimal. It already has (at least in my life) lead to confusion and misunderstanding a few times.

The common way to write a date in Germany is DD.MM.YYYY. The 23. September 2015 e.g. would be 23.09.2015. This is already better than the absolutely ridiculous US way of using MM/DD/YYYY, but it still sucks.

The beauty of the standardized YYYY‑MM‑DD (ISO 8601) is that it's sorted from large to small. That means if you e.g. name you files accordingly, they will automatically be sorted by date, as the lexicographical order (alphabetical order) is then the same as the chronological order. Another good example is skimming of dates in a list. If you are just interested in the year of a date, you don't have to read the useless day and month values first. This is even more obvious when you use the full datetime format. E.g. 2015‑09‑23 17:46:23. It's neatly ordered, ascending by magnitude of denoted time, and can be filtered step by step by year, month, day, hour, minute and second.

The funny (or rather sad) thing is that in 1996 the corresponding DIN standard (the German version of the ISO standard) declared YYYY‑MM‑DD the only valid date format in Germany. This means that all national institutions — educational as well as public — were supposed to use exclusively this format. I can't remember having learned it at school at all. 😡 However, as the Germans did not really bother to use the format, they reintroduced the old way as a valid date format in 2001.

This decision is just absolutely unbelievable to me. What's next? How about we discontinue some laws or road signs, because you know: People don't really stick to it.

One of the most beloved items of the Germans is of course "Das Auto" (the car) 🚙. Included therein are lengthy discussions of who has the better and faster one. And while the times of riding a horse as a means of transportation are long gone, people still mostly use horses to express the power of their car. They proudly state how much "Pferdestärken" (horsepower) it has, instead of using the much more suited SI unit kilowatt.

But to be fair, it seems like we're on the right track with this issue. Since 2010 it's mandatory to specify the power of vehicles in ads also in kW. Furthermore, manufacturer even seem to prefer kW over PS in ads for electric vehicles.

Talking about cars: Of course Germans love to go fast on the "Autobahn" and they properly measure their speed in km/h. The more of them they measure, the better.

However, there is one little problem: We tend to be a little sloppy with our language. Germans often say "k m h" instead of "Kilometer pro Stunde" (kilometer per hour), which is actually something entirely different, namely km · h instead of km/h. You might say that this is half as bad as long as you just say it, but mean the correct thing. This, however, is exactly the problem. I bet many math and physics teachers can tell you a thing or two about students not just saying, but also using it the wrong way and being surprised afterwards that nothing makes any sense.

This is the situation on land. If we go onto the water, however, we throw our metric system simply over board. Suddenly we start to measure wind speeds with "Knoten" (knots) or Beaufort, distances with "Seemeilen" (nautical miles) and start to use a handful of other antique units.

How's that again? We adopted the metric system? Don't make me laugh!

We all need it, we all consume it, we all name it wrong. Not that is not already bad enough that we still use "Kalorie" (calorie) although joule is required by law since 1969. No, we even use it the wrong way. Like the US we say "Kalorie", although we mean "Kilokalorie". And I feel that it has even gotten worse in recent times. Previously, at least some people said it correctly and most products were advertised with "Kilokalorie". But nowadays nobody seems to care anymore and e.g. recently I noticed that exclusively "Kalorie" was used in the descriptions and the software of my gym's fitness machines. And all this trouble even though the conversion isn't difficult. The $kJ$ (kilojoule) value is approximately $4$ times the $kcal$ (kilocalorie) value. i.e $50,kcal \approx 200,kJ$

Even better, it is very imaginative. $1,kJ$ is approximately the energy needed to lift $100,kg$ vertically $1,m$. This means if you eat one piece of German chocolate ($\approx 90,kJ$) you can lift a quarterback $90$ times $1$ meter. 💪 Now you also know why eating less is far more important than exercising for losing weight.

Worst of all, even the parade discipline of the metric system — measuring lengths — is not spared. For many fields there exists the convention to use "Zoll" (inch) as the preferred (or even the mandatory) unit.

Just to name a few items of the endless list of things you have to buy in inch sizes:

We also use specialized units, which are derived from the imperial units. E.g.:

Lastly, we still use imperial units in our language. You can say:

Luckily, we have at least succeeded in switching to the metric units for measuring mass … except for one little stubborn unit: "Karat" (carat) 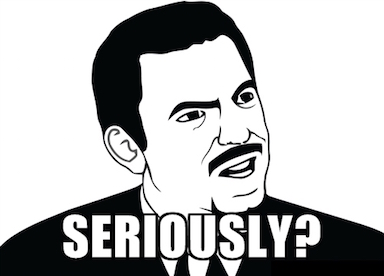 Yes, seriously! It is the culmination of human idiocy.

… but I can understand that making transparent statements about the composition of jewelry is not in the interest of the salesman. E.g. calling it $12$ carat gold sounds much better than admitting that actually only $50\%$ of it is real gold.

Summing up: This rant got a little out of hand. I didn't expect it to get so comprehensive. Which, however, is a just another evidence of how broken our oh so beautiful system of units is. But hey, at least it's made in Germany.

The only good thing is that it doesn't have to stay this way. It's in our hands to change our daily (bad) habits, to encourage friends to do better and to urge companies and organizations to use the internationally recommended units. Let's make our world a little less complicated and confusing!